It's a Widow Thing 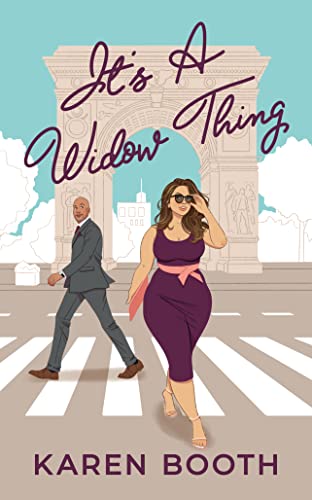 He’s on the fast-track to serious, and she’s hitting the brakes.

When cosmetics entrepreneur Sabrina Kelly waited until she was thirty-eight to marry, she never thought she’d be widowed by forty. Now, two years later, she’s ready for a dip in the dating pool. And Michael, the merciless flirt who lives down the hall, seems like a fun way to get wet. He has “player” written all over him, but Sabrina’s not looking for a love connection. Her heart can’t take more than a fling.

Wall Street mogul Michael Wright has ignored his mom’s pressure to marry for years. But it’s not until he has a health scare that he finally takes stock of his life. If he’s going to settle down, only one woman comes to mind… his gorgeous, whip-smart neighbor, Sabrina. Their chemistry is off the charts. The banter? So. Hot. But while he’s working overtime to woo her, she’s holding back. Can two people running at different speeds get to happily-ever-after together?

It's a Widow Thing is Book 3 in the Never Too Late series, arriving May 23, 2022. It will feature appearances by Lela and Brooklyn from the first two books in the trilogy. HEA guaranteed!